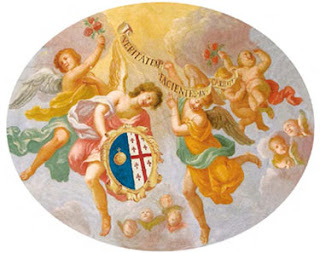 RETREAT FOR THE AMERICAN PROVINCE IN THE ROME OF THE WEST


From March 28 through April 1, 2011, all the canons of the American province of the Institute as well as several from other parts of the world will gather at St. Francis de Sales Oratory in St. Louis for a retreat to be preached by our Prior General, Monsignor Gilles Wach. All the good work which priests accomplish in the apostolate must flow from a fervent interior life with God. This is why every priest of the Church is required to make an annual retreat.


Msgr. Wach will celebrate the 10:00 AM Solemn High Mass on Sunday, March 27. One of our newly ordained American priests, Canon Michael Stein, will preach at the Mass. Canon Stein is currently assigned to our African missions, and he will give a presentation on the missions at a reception in the lower hall following the 10:00 AM Mass. The retreat will conclude with a Solemn High Mass on Thursday, March 31 at 6:30 PM. We welcome Msgr. Wach, Canon Stein and all other priests to St. Francis de Sales Oratory for what will surely be a memorable week. 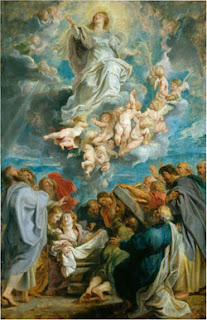 MARIAN COREDEMPTION AND MEDIATION: AN INTRODUCTION

On Saturday, 9 April 2011, at 11 AM Monsignor Arthur B. Calkins, chaplain of the Carmelite Sisters of the Divine Heart of Jesus, will present an introduction to the Virgin Mary’s role as the Redeemer’s most intimate collaborator in the work of our salvation and sanctification. St. Francis de Sales is grateful for Monsignor Calkins’ visit at the Oratory; his talk will serve as an effective preparation during the holy season of Lent. Here is a short article Msgr. Calkins provided for us which gives an outline of his talk on April 9 in the hall of the Oratory:

In the course of two millennia and under the guidance of the Holy Spirit the Catholic Church has come to an ever more focused understanding of the person and role of the Blessed Virgin Mary, the Mother of God. The first Marian dogma to be solemnly declared was that Mary is in fact the Theotókos, the God-bearer or Mother of God. Subsequently the Church reached the certitude that Mary is ever Virgin: that she was a virgin before, during and after giving birth to Jesus. After centuries of debate the Catholic Church arrived at the assurance that Mary was immaculate from the first moment of her conception. Finally in 1950, after ascertaining the Church’s long held belief, the Venerable Pius XII formally defined that the Virgin Mary was taken up body and soul into the glory of heaven.


All four of these dogmas refer to the person of Mary in relation to the God-man, Jesus Christ. But Catholics believe even more about Mary than these profound mysteries regarding her person. They also believe that she played and continues to play an entirely unique role in the work of our salvation. In the course of the second millennium saints and theologians have been meditating, preaching and writing about Mary’s collaboration in the work of redemption and in the distribution of grace while for over one hundred fifty years the Popes have teaching about her maternal role.

SERMONS ON THE SEVEN CAPITAL SINS

During the pre-lenten and lenten season we want to meditate in our Sunday sermons on the “Seven Capital Sins” – as a means to help us to acquire more effectively the opposite virtues. Canon Huberfeld and I talked already about Sloth, Envy and Wrath; the sermon series continues with thoughts about the sin of Gluttony, Lust, Greed and Pride.

Canon Huberfeld’s sermon on “Wrath” can be found here. 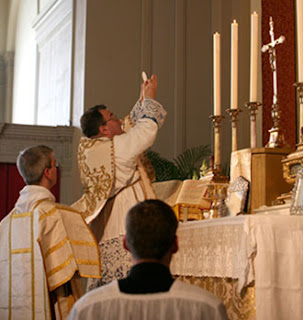 
On Sunday March 27, 2011 the faithful will host a reception for Monsignor Gilles Wach, Founder and Prior General of the Institute, at St. Francis de Sales Oratory after the 10 AM Solemn High Mass. Monsignor Wach will be in St. Louis to give a week long retreat for the clergy of the Institute of Christ the King Sovereign Priest in the United States. At the reception, the faithful will have the opportunity to greet Monsignor Wach, and to hear a presentation from Canon Michael Stein on the mission in Gabon, Africa.

Please consider joining the faithful in warmly welcoming and showing our gratitude to Monsignor Wach. We need many helping hands at this reception. If you could assist in any big or small way with the reception, it would be greatly appreciated. Please contact the rectory 314.771.3100 or sfds@institute-christ-king.org. Thank you for your generosity.

This site is dedicated to our Blessed Mother, and I ask for her maternal help and protection.

Addicted to travel, not the tour groups.

The Blog with Less and Less to Say

WordPress.com is the best place for your personal blog or business site.